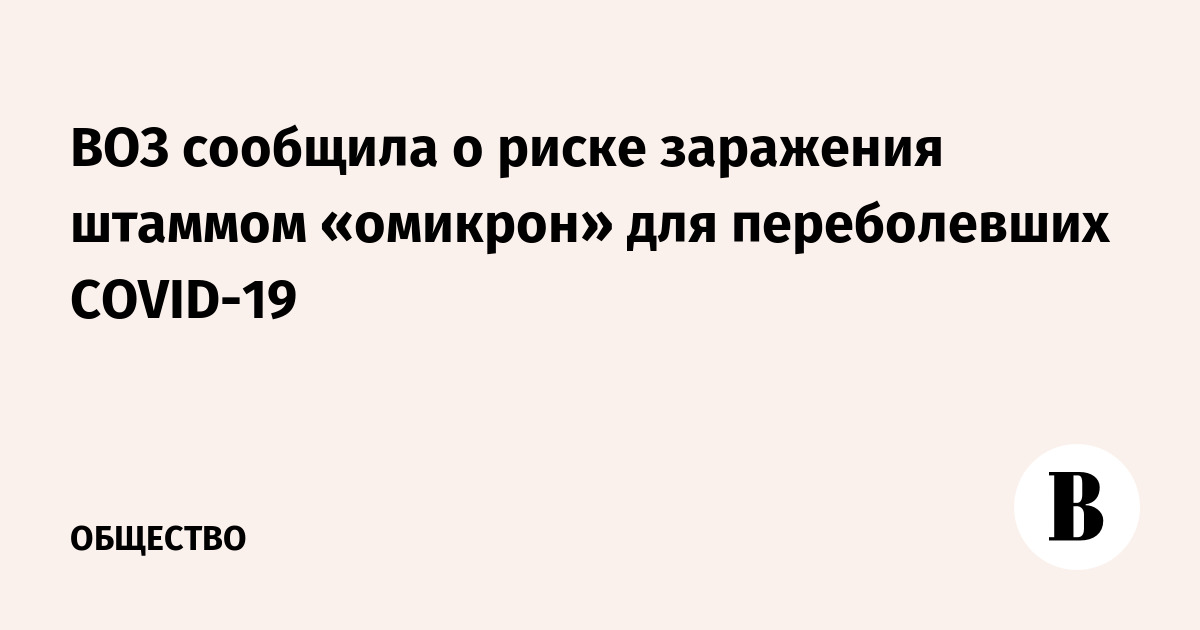 Those who have recovered from COVID-19 may have an increased risk of re-infection with the omicron coronavirus strain compared to other variants of the virus. reported World Health Organization (WHO) citing preliminary data.

“Preliminary evidence suggests there may be an increased risk of re-infection with omicron (ie, people who previously had COVID-19 may be more likely to catch omicron) compared to other worrying options, but information is limited. More detailed information on this will become available in the coming days and weeks, ”the WHO said.

The organization added that WHO is working with technical partners to determine the effectiveness of existing vaccines against the omicron strain. Vaccines still protect against severe disease and death and the dominant delta strain. PCR tests are also capable of detecting infection with the omicron strain. According to the WHO, corticosteroids and IL6 receptor blockers remain effective in the treatment of severe COVID-19; other treatment options will be evaluated to ensure they are effective.

The South African strain of the coronavirus is spreading rapidly, so it can lead to a variant as contagious as the “delta” strain, and as dangerous as Ebola. Such concerns were previously expressed in an interview with WAZ by the head of the World Medical Association (WMA) Frank Ulrich Montgomery.

British scientists reported on the identification of a new strain B.1.1.529 in one of the South African countries on November 24. The strain has already been found in Belgium, Great Britain, Czech Republic, Germany and Australia. The case of infection was also recorded in Israel, the country closed its borders to foreign citizens. Russia has also limited air traffic with African countries since November 28. According to Rospotrebnadzor, the omicron strain has not yet been identified in Russia.