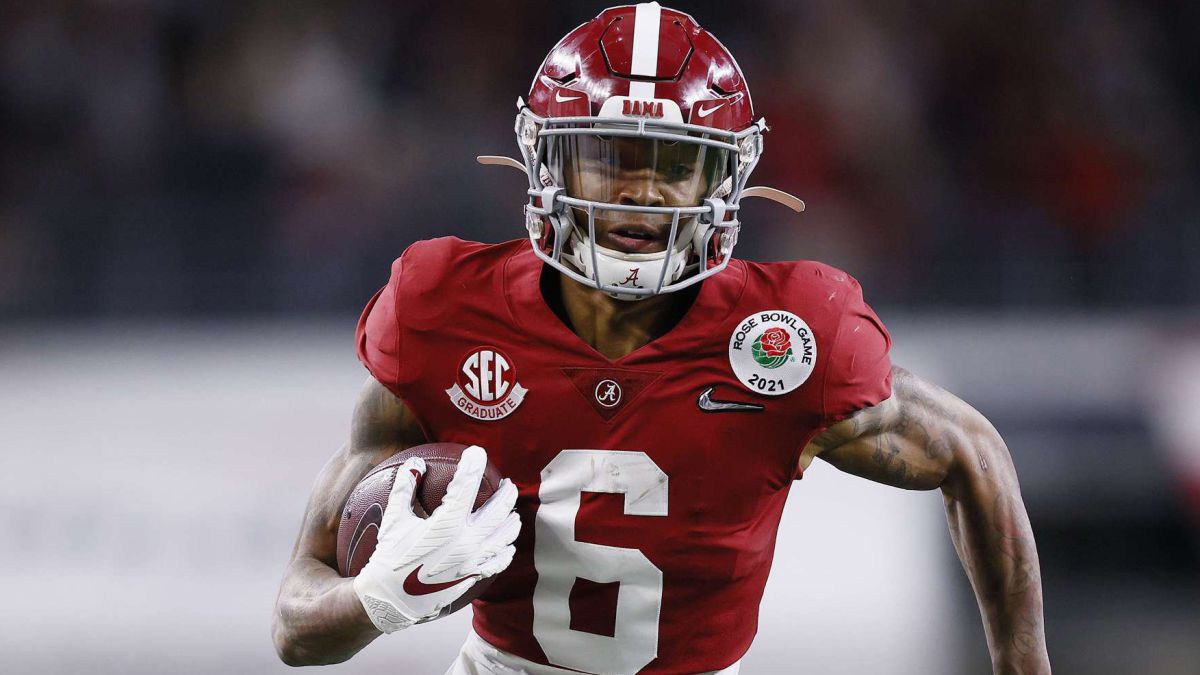 Next Monday, January 11, a new champion in college football in the United States will be crowned. Alabama, number one in the NCAA will face Ohio State, who was number three and has just beaten Clemson in the semifinal duel.

The Crimson Tide has many weapons on offense, including quarterback Mac Jones, who has led the team after Tua Tagovailoa’s departure to the Miami Dolphins in the NFL, however, there’s no question that all the spotlight will be on Heisman Trophy winner DeVonta Smith.

And is that Smith surprised after breaking a long hegemony of quarterbacks who are usually the ones who usually win the Heisman Trophy (Kyler Murray, Lamar Jackson, Baker Mayfield or Joe Burrow). 17 quarterbacks and three running backs had taken the honors for the past 20 years.

Smith has come from less to more during his four seasons in Alabama. In 2017, he only played eight games, finished with 160 yards and three touchdowns. Little by little it became a more than important element.

With 1,641 yards and 20 touchdown receptionsSmith was the catcher who helped Mac Jones get Alabama to the title duel and now is very close to adding more achievements if they win on Monday in Miami against Ohio State.

Smith prepares for Monday’s game, but without losing sight that the future is closer and closer. Bengals, Eagles, Patriots, Broncos, among others, are some of the teams that could draft him this year.