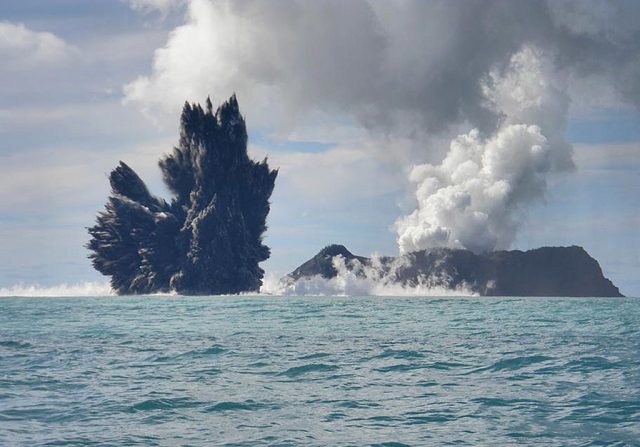 The Hunga Tonga-Hunga Ha’apai volcano surprised geologists around the world when it erupted in January 2022. A report on a possible new threat, unknown magma, the unpredictable factor of water, next priorities and the future of Tonga.

The volcanic eruption in Tonga on January 15, 2022 devastated large parts of the South Pacific island nation within eleven hours. However, it will take much longer for the scientists to find out exactly what happened during the eruption and what this means for the future. However, one thing is already certain: the eruption of the Hunga Tonga-Hunga Ha’apai volcano will undoubtedly go down in the geological history books.

Thus, the volcano sent one of the largest clouds of ash into the atmosphere and at the same time triggered a tsunami that destroyed houses on neighboring islands. In addition, enormous shock waves repeatedly circled the globe with its eruption. In particular, the extraordinary power of the explosion challenges ideas about the physics of eruptions.

Researchers are having trouble explaining why the volcano threw up a cloud at such heights but ejected less ash than one would expect from an eruption of this magnitude. And the shockwaves that rippled through the atmosphere and oceans are like nothing modern science has seen before.

The eruption of Hunga Tonga-Hunga Ha’apai is forcing scientists to reconsider their perceptions of the dangers posed by the many undersea volcanoes. “It basically tears the bandage off our lack of understanding,” says New Zealand volcano researcher Nico Fournier.

Is there a new danger?

The volcano’s eruption occurred just 40 miles from the Tongan capital of Nuku’alofa and was a disaster for the more than 100,000 residents. The thick layer of ash that covered everything had to be removed and a new drinking water supply built. But the aftermath of the eruption will be felt for a long time to come, as the eruption caused an estimated 15 million euros in crop damage. At least three people have died in Tonga as a result of the outbreak.

Currently, the region is still being shaken by earthquakes, which is why the volcanic danger may not be over yet. Furthermore, preliminary investigations show that the magma rose only recently from the earth’s interior. So the Hunga Tonga-Hunga Ha’apai could remain active for some time. The researchers are currently unable to make any further predictions.

“It’s a really difficult situation where you wish the science could give more to the people on the ground,” says Janine Krippner, volcanologist at the Smithsonian Institution (Washington, DC, USA). “But that’s not the case at the moment.”

Tonga surprised with other magma

The last eruptions of the submarine volcano occurred in 2009 and 2014/15, whereby the two islands of Hunga Tonga and Hunga Ha’apai melted together into one landmass thanks to the cold rock. Shortly after the formation of the new island complex, a team of researchers examined the ash and rock.

Geochemical analysis revealedthat the last two eruptions ejected molten rock that rose from deep within the mantle a long time ago. The liquid rock then spent some time in a magma chamber about five to eight kilometers below the earth’s crust. During this time, the magma underwent some characteristic chemical changes – much like wine aging in a barrel.

The liquid rock ejected in 2022, on the other hand, was different. Shane Cronin, a volcanologist at the University of Auckland, New Zealand, and his colleagues analyzed the ash from the eruption and found that it differed from the ash from older eruptions. According to Cronin, the fresh magma rose rapidly without having had much time for chemical changes.

The researchers were also surprised to find that the volcano emitted relatively little ash. This is rather unusual considering the size of the explosion. One reason for this could be the environment in which Hunga Tonga-Hunga Ha’apai erupted: namely under water, at a relatively shallow depth.

The unpredictable factor of water

Deep-sea volcanoes rarely erupt through the water surface in large explosions because the pressure of the overlying water prevents the formation of gas bubbles and their powerful explosion. However, the Tonga volcano’s vent was only 10 to 250 meters deep — shallow enough so the water wouldn’t suppress the force of the blast, but deep enough for the erupting magma to meet plenty of water. When an explosive eruption of hot magma meets water, enormous forces are unleashed.

Another important factor is how much volcanic gas is in the magma just before the eruption. The eruption could have been triggered by very gas-rich magma, which provided a lot of material for the explosion. For volcanologist Raymond Cas of Monash University (Melbourne, Australia), the Tonga eruption was unusual in that it brought together features that do not normally occur together. It could ultimately serve as a prototype for a new type of eruption, says Cas.

Most submarine eruptions do not produce particularly tall plumes of smoke, as evidenced by the 2012 deep-sea volcano Havre north of New Zealand. This generated mainly a huge floating accumulation of light pumice stones. The Hunga Tonga-Hunga Ha’apai plume, on the other hand, rose to a height of at least 58 kilometers up, i.e. up to the mesosphere. A unique height, which is why researchers are scrambling to understand the possible long-term effects.

Since the Tonga volcano emitted only small amounts of sulfur dioxide, the scientists do not expect any influence on the global climate. A new study expects a cooling of 0.004 degrees Celsius, a little more in the southern hemisphere, a little less in the northern hemisphere. For comparison, the 2022 Tonga eruption produced approximately 400,000 tons of SO₂, while the 1991 Pinatubo eruption emitted almost 20 million tons and temporarily cooled the planet by almost 0.5°C. Nevertheless, Hunga Tonga-Hunga Ha’apai hurled large amounts of ash into the air, which is why the researchers do not rule out further effects on the climate and the environment.

Next priority: Fill in the gaps

Another aspect that could rewrite the science of volcanoes is the nature of the shock waves Tonga produced. The reverberations it sent around the world through air and water are reminiscent of those after the Krakatau eruption in Indonesia in 1883, explains Alan Robock, a researcher at Rutgers University (New Jersey, USA). the Eruption triggered pressure waves in the atmosphere and tsunami waves around the Pacific reaching into distant ocean basins.

There are huge pieces of this puzzle that we haven’t quite been able to put together yet.” Fournier.

The challenge now is to collect enough data to complete the puzzle. Typically, volcanologists monitor an active volcano with seismometers to study nearby earthquakes. There are currently no active seismometers in Tonga, which is why there is no detailed data. However, the measurements already available suggest that the tremors are being caused by fresh magma rising into the crust to replenish the reservoir that was emptied by the big eruption, Cronin said.

Another priority is examining the seabed around the volcano. The researchers want to determine how the underwater structure changed after the eruption. Satellite imagery suggests the top of the volcano has lowered by at least 10 meters, Cronin says. However, it is currently too dangerous to approach the volcano. Some data could therefore only come from support ships that are around Tonga.

The question of what Hunga Tonga-Hunga Ha’apai will do next is on everyone’s mind. A group of international experts is considering three possible scenarios:

Regardless, the eruption has prompted scientists to reconsider the dangers of deep-sea volcanoes in general, Schmidt says. “It’s a stark reminder that these types of volcanoes exist, that they pose a threat, and that they’re understudied.” But one thing is certain: anything is possible.

About Tonga and its history

Most of the Hunga Tonga-Hunga Ha’apai is submerged. It rises more than 2,000 meters above the sea floor and is part of the Tonga-Kermadec volcanic arc. This chain of volcanoes sits above a subduction zone where the Pacific Plate is dipping beneath the Indo-Australia Plate. The edge of the Pacific Plate is warming as it sinks into the depths of the planet. Therefore, molten rock can rise and feed the volcanoes of the Tonga-Kermadec arc with magma.

Geological evidence shows that Hunga Tonga-Hunga Ha’apai has been hit by major eruptions about once every millennium. Scientists record massive eruptions around the year 200 and 1100. On the other hand, there were smaller eruptions in the last century (1937 and 1988). At this point, the top of the volcano was sticking out of the ocean in the form of the two islands of Hunga Tonga and Hunga Ha’apai.

the last eruption began in 2009 when the volcano spewed ash and steam. In December 2014 and January 2015, another outbreak merged then the two islands into a single new landmass

The article first appeared in the weekend newspaper issue 35 on March 11, 2022. 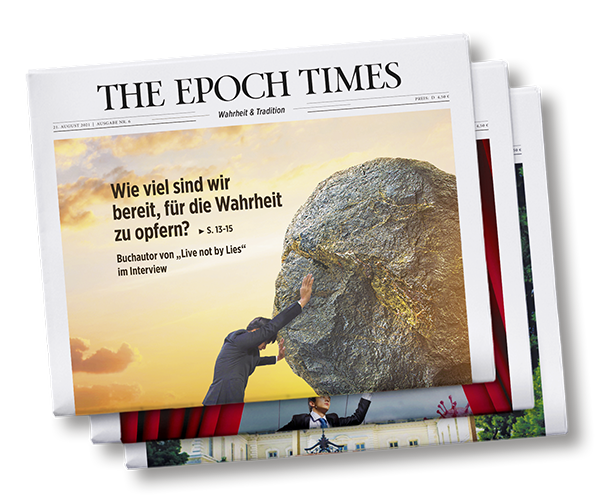