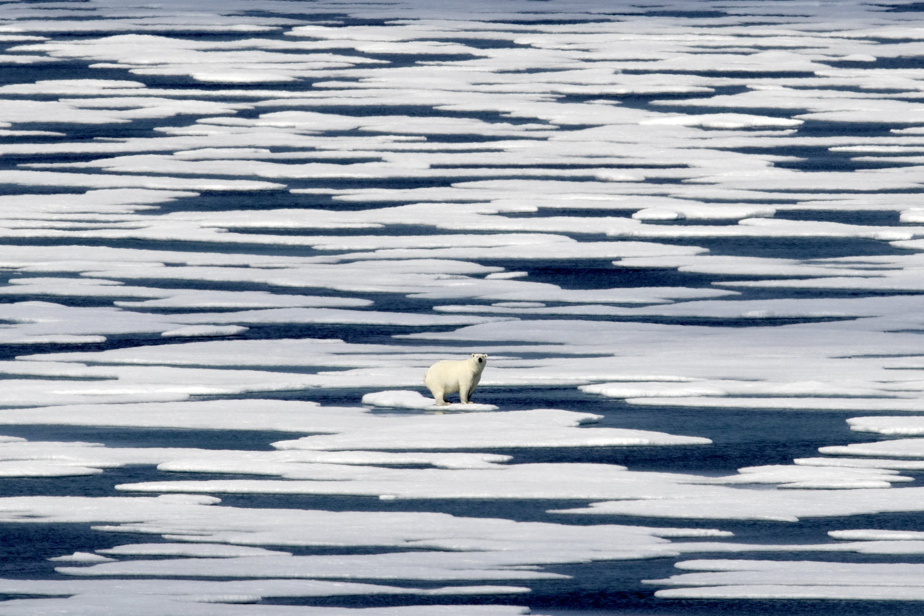 (Paris) Polar bears, big predators whose hunting habits are upset by climate change, turn to duck nests to eat the eggs, but are not very efficient in this new way of feeding, according to a study published Wednesday.

The danger posed to polar bears by global warming, the effects of which are particularly noticeable in the Arctic where they live, is well known. Images of animals stuck on small pieces of drifting ice, or doing the trash in localities of the far North, have been around the world in recent years.

And the ever more marked shrinkage of the sea ice has a direct consequence on the diet of these animals, by limiting the possibilities of hunting seals, their prey of predilection.

To study the concrete changes caused by these modifications in the hunting habits of bears, Canadian researchers followed about 20 animals using drones in the territory of Nunavut.

The result of their observations, published Wednesday in the newspaper Royal Society Open Science, shows these predators preying on the nests of Eider ducks to devour the eggs. But over a period of 11 days, as the number of eggs remaining dwindled, the bears would return to already emptied nests in the hope of finding food there. They also didn’t make the connection between the presence of ducks and the possibility of finding eggs.

“This shows that while a species can incorporate non-preferred resources into its diet when its primary prey becomes more difficult to find, it may not be able to do so effectively,” the authors write.

And while bears derive significant calories from eggs, this diet should not provide a sustainable food source for “ursus maritimus,” a species classified as “vulnerable.”

The wild population of polar bears is estimated at 25,000 individuals, distributed across Alaska, Canada, Greenland, Norway and Russia.

A study published last July in Nature Climate Change estimated that they could become extinct for lack of food by the end of the century. And most recently, a study in Global Change Biology, based on the study of the tooth wear of polar bear skulls in natural history museums, pointed out that their ultra-specialized diet (mainly seal fat and meat) dates back centuries and puts them in danger of not being able to adapt.

A possible evolution for the species would be a cross with Grizzly bears, several reproductions between the two bear families have already been recorded, according to the researchers.