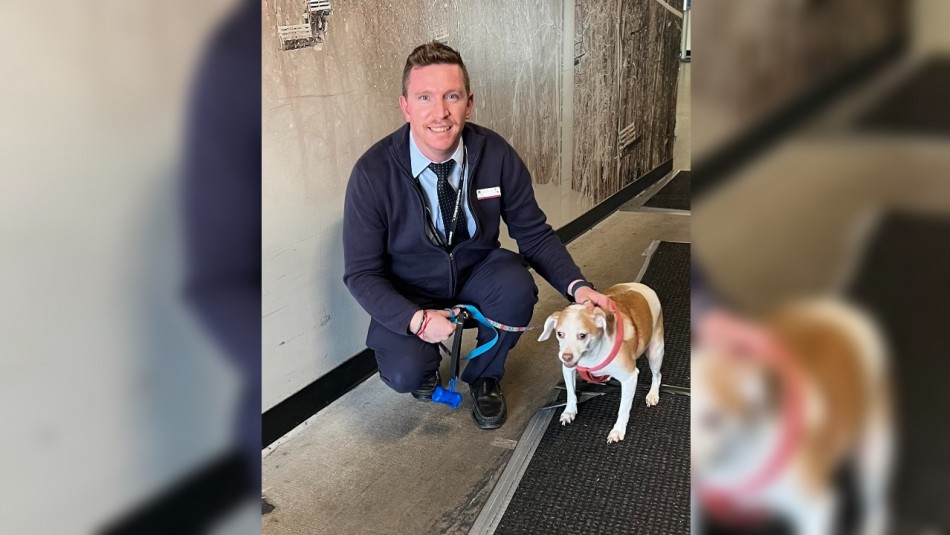 Traveling with pets It can turn into quite an odyssey. From the higher costs of the trip to the peace of mind of the animal are at stake when the guardian must move from one place to another with this company.

Despite the complexity, usually families manage to put animal welfare above all else. But, of course, this is not always the case.

An airline worker, an animal rescue organization and a foster family had to step in to help Baby Girla 14 year old beagle that was abandoned by its owner in the charlotte douglas international airportUSA.

“It was not abandoned, I gave it up”

Baby Girl’s former tutor, who did not want to be identified in the mediaexplained that she tried to take her with her when she moved from Shelby to Iowa, but gave the dog up at the airport because the cage did not fit under his seat.

“Baby Girl was not abandoned at the airport. i handed her over“Said the woman, who assured that she would not have committed this action if her pet had not been in good hands.

The ex-owner added that she did not have money to pay for transportation expenses. The then owner of Baby Girl, who is visually impaired and has a fixed incomesaid he left the dog with the rescue organization Furbabies before boarding the plane.

“I would not have gotten on the plane. I would have been homeless. I would have stayed on the streets of North Carolina with my dog,” he said.

Who took care of the pet?

An airline employee contacted Daryl Stricklandby Furbabies Animal Rescue. This is how later a man named Robin Kingpicked up the dog at the airport.

“We have taken her to the vet and she is very friendly with everyone. She is an older dog, so I would have to go with an older family. He likes his little walks, but he’s not as enthusiastic as small dogs would be,” King said.

Lastly, the man stated that he is now confident that Baby Girl will be excited once she finds her forever home.