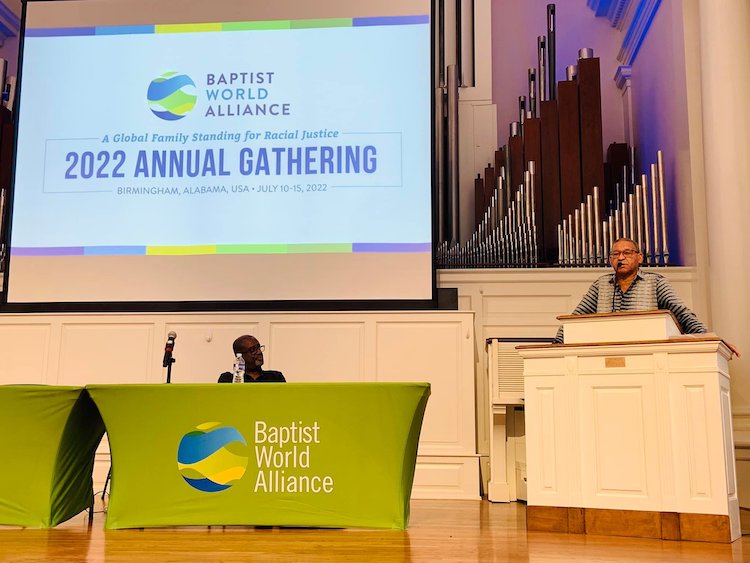 On the occasion of the recent annual meeting, the BWA approved an important document that recognizes the complicity, conscious or not, of churches in the perpetuation of racial injustice

From 10 to 15 July 2022 I participated online, as a representative of the Baptist Evangelical Union of Italy (Ucebi) in the annual meeting of the World Baptist Alliance (Bwa) which took place in Birmingham, Alabama, USA. Each annual meeting focuses on one of the five ministerial areas of the BWA. This year the emphasis was on: religious freedom and human rights, with particular attention to racial justice. The assembly approved an important document: “Regenerative racial justice. A call to live in a flourishing freedom ».

Before the annual meeting, the Executive Committee of the BWA approved a 38-page theological document presented by its action group for racial justice, “Restorative Racial Justice: a call to live in flourishing freedom “. The document states that” the ancient sin “of grasping as one’s own what belongs to others has often been” favored by the sinful lie of racism: that is, to place oneself or one’s own group as if it were implicitly superior. “The document also states that” the gospel of Jesus redeems us from the sinful chains of implicit superiority to freedom in the dignity inherent in the image of God, which receives its final expression in “every nation, tribe, people and tongue standing before the throne and the Lamb “in the fullness of worship and equality. This freedom, crucially, is not the elimination of the elements that have most often contributed to racism – nation, tribe, people or language – but the celebration of this beautiful diversity precisely in the dignity of equality. (…) Living with this vision of flourishing freedom requires repentance, re-entry, restoration and the search for just justice. In doing so, he frees both the prisoner and the prisoner. ‘

The document takes note of the numerous resolutions and other statements of the BWA taken throughout its history, but also recognizes that “the desired result of eradicating racism and racial prejudice has not been achieved”.

The Executive Committee of the BWA has approved a series of “convictions, commitments and actions for racial justice”. In particular, in a statement the Bwa confesses:

In the document, moreover, the Bwa undertakes to “conduct its own investigation to verify whether it has contributed in any way, by commission or by omission, to racial injustice” and considers “as appropriate, to identify ways to complain, repent, reconcile and transform the structures that can have a lasting impact on the actions and ministry of the BWA ». Among other actions, the BWA has pledged to seek to develop resources and encourage the global Baptist family to inventory their resources to support regenerative racial justice efforts around the world, and to invest $ 100,000 to “enhance commitment to regenerative justice within and on the part of our Bwa family ».

See Also:  The Supreme Court will not review the decision that released Bill Cosby from prison