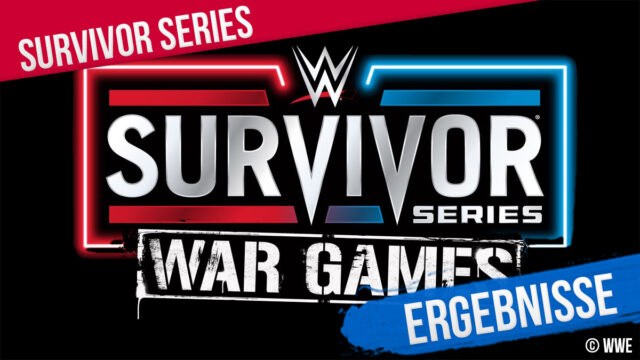 After an opening video with rock legend Ozzy Ozborne, the cage for the upcoming WarGames match between Team Bayley on one side and Team Belair on the other side will be let down from the hall ceiling with pyro effects and howling sirens. Welcome to WWE Survivor Series: WarGames!

In the Bloodline’s dressing room, Jey Uso tries to talk to the Tribal Chief. Sami Zayn is a threat and he wants to know what Reigns dare to do. Roman says he will look him deep in the eyes if he confronts him. Since he is the “head of the table”, he will recognize Zayn’s true intentions. With a brooding look on his face, Reigns orders his agent Heyman, who has been napping in the background with the two title belts slung over his shoulders, orders Sami Zayn to call. This is followed by the promo video summarizing the feud between AJ Styles and Finn Balor.

Also for the SmackDown Women’s Championship Match we get to see a cinematic recap of the events between Ronda Rousey and Shotzi.

Matches also announced for the show: