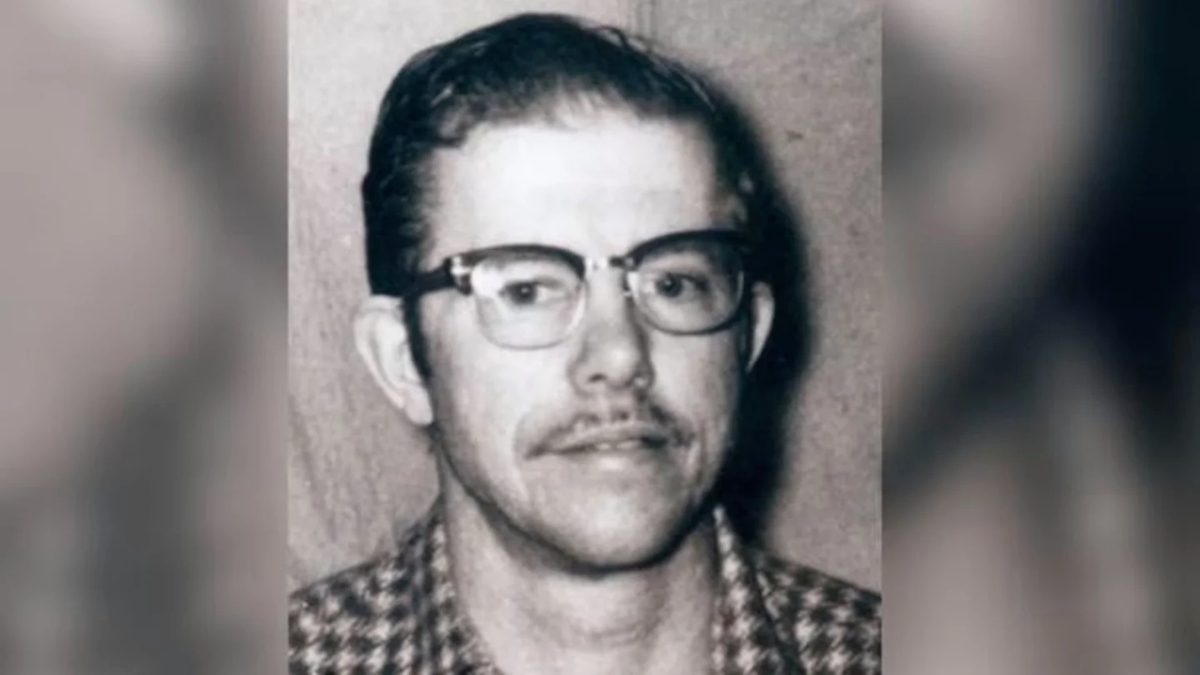 PThis is the scene of a series B thriller.

But it is real and it did not happen once but many times, as Daniel Cecchini explains in Infobae.

The man – in this case skinny and short – drops to one knee in the snow, adjusts a hunter’s rifle with a telescopic sight against his shoulder and takes aim.

The next shot is through the scope and you can see a half-naked young woman running desperately through the trees.

A shot is heard and the woman falls. It’s a perfect shot at almost a hundred meters: she’s dead.

In the scene above, the man has lowered the woman from a plane that has just landed on the snowy ground.

He has set her free and lets her run for her life. The woman clings to one last hope, although she has a hard time gaining speed on the nine. The man doesn’t rush, he knows he has time and lets him get away from her. He is an expert marksman.

In this way -repeating the scene with slight variations- Robert Christian Hansen, “The butcher baker” (the butcher baker) murdered at least 17 and probably more than thirty women in the forests of Alaska. He began to kill in 1970 and continued to do so until 1983 without anyone suspecting him.

Until on one occasion he missed or, to put it more precisely, one of his victims was able to escape before he could fire.

On the night of June 13, 1983, truck driver Robert Yount, driving along a highway outside of Anchorage, Alaska, saw a young girl desperately motioning for him to stop. She stopped and offered to take her to the police station, but the girl begged him not to leave her at the Big Timber Motel, and from there she would call her boyfriend to pick her up.

The driver agreed to avoid problems with the girl, who had handcuffs hanging from one hand and her clothes in pieces as if they had tried to rip them off, but immediately afterward he notified the police. When Officer Gregg Baker arrived at the Big Timber Motel, the woman was still in handcuffs, and after some evasiveness, she told him a story almost impossible to believe.

The girl’s name was Cindy Paulson, she was 17 years old, and she said she had been accosted on the street by a short, skinny, redheaded guy who offered her $200 to perform oral sex on him in a dark corner. She said they were at it when the guy handcuffed her and threatened her with a gun. He forced her into a car and took her to a house in the Muldoon neighborhood. There, he raped her and at one point inserted the handle of a hammer into her vagina.

Until that moment, Officer Baker had not heard anything strange: one more case of rape of a prostitute in Alaska, where if there were things that abounded were prostitutes, violent miners and rapes.

But suddenly, Cindy’s story began to travel a strange path. After raping her, her guy forced her to get back in the car and took her to a vacant lot where there was a plane. She told him that they would fly to her cabin, in the middle of the forest.

But the redhead was careless for a moment and Cindy was able to run away to the nearest road, where the trucker had found her. In the back of her kidnapper’s car, she had left a blue shoe, which had slipped off her foot while escaping from her.

That same night the police found the plane and found that it belonged to a certain Robert Hansen, a baker from Anchorage, married with two children.

When Hansen was questioned by officers, he denied the allegations, saying the girl was trying to get him into trouble because he refused to pay her what she was asking for. Between the baker and the little prostitute, they chose to believe the man.

In 1983, the justice had accused him of fraud, aggravated assault, kidnapping, illegal carrying of weapons and robbery

No one linked Hansen to the series of disappearances of women – almost all of them sex workers – that had been taking place in the region for some time.

It was not an important issue: the prostitutes came and went and the hypothesis is that they had gone to try better luck in other places. No one was looking for them.

They also didn’t think Hansen had anything to do with a body that had turned up in the middle of the woods a few months earlier.

On September 12, 1982, policemen John Daily and Audi Holloway were on leave from duty and, as they usually did, they went hunting in the valley of the Knik River, in whose forest they used to collect good game because deer, deer, stags abounded there. bears and wild goats.

It was already dark and the policemen were returning frustrated because they had not been able to kill even a squirrel when, on a little-traveled shortcut near the riverbank, they saw a half-buried boot. They approached and verified that the boot was on a foot in a state of decomposition and that, further down, there was a complete corpse, a woman’s body.

The investigation was led by Sergeant Rollie Port, an experienced veteran who meticulously analyzed the crime scene until he discovered a .223 caliber fired cartridge commonly used in high-powered rifles such as the M16, AR15 and Mini-14, weapons that are for the exclusive use of the state forces, although in the wild Alaska anyone could have them.

The body was analyzed in Anchorage and it was determined that he had died from the wounds of three shots of that caliber.

See Also:  "We felt like happy children next to the maestro" - UNIAN

The victim’s name was Sherry Morrow, 24, a pole dancer, and had been dead for six months. She had last been seen at the Wild Cherry Bar, where she said a man had offered her $300 to pose for some photos of her.

The discovery of Sherry’s body caused, for the first time, the police to worry about the other missing prostitutes, who numbered in the dozens.

Sergeant Lyle Haugsven was in charge of investigating the links between them, Sherry’s body and a couple of unsolved cases.

The first of these cases dated back a long time and involved the body of a woman, who was named Eklutna Annie after the place where it was found. In 1980, workmen had found the remains of a woman in a shallow grave near a road called Eklutna. It could never be identified due to its advanced state of decomposition since wild animals had eaten much of it.

That same year, another half-buried body appeared in a sand pit very close to Eklutna. It was also in an advanced state of decomposition, but it could be identified as Joanne Messina, a local topless dancer. In both cases, the bullets were of the same caliber. There were many disappearances and at least three bodies, but not a clue, except for the bullets.

With the police on the loose, they called in the services of a legendary FBI profiler, Special Agent John E. Douglas, who traveled to Alaska to analyze the evidence offered to him by the police. Douglas established that the killer chose topless prostitutes and dancers because they are very likely to move from city to city and the sudden disappearance of one would not raise much concern.

And it was Douglas who noticed Cindy’s unbelievable accusation of Hansen. When he studied the baker’s profile, he told the cops that his short stature, the fact that he had many acne scars and his obvious stutter made him think that as a young man he had been teased by his peers and that in all probability he had been rejected several times by the women he wanted to get close to. That way he was sure that he had very low self-esteem and that he lived in a secluded place like Alaska to placate some of his personal discomfort.

On the other hand, some policemen who knew Hansen told him that he was a crack shot, that he had won prizes in target shooting and that he used to brag about the game he hunted in the woods.

With a smile, Douglas replied, “Maybe he got tired of hunting deer and bears and turned to more interesting pieces.”

Using the FBI profiler’s report, police obtained a warrant to search Hansen’s home, but a first inspection found nothing that could incriminate him.

They were about to finish and leave when an officer discovered a hiding place in the attic.

There they found several high-powered rifles, as well as pistols, a navigation map marked in several places, identification of the victims, newspaper clippings and some pieces of jewelry. In the background was a .223-caliber Mini-14 rifle, matching the ammunition that had killed the victims.

And a blue shoe, too, the one Cindy had lost when she ran away from the car.

At the police station, Hansen denied any connection to the killings, but overwhelmed by the evidence, he gave up and asked for a lawyer.

He was arrested on charges of fraud, aggravated assault, kidnapping, illegal carrying of weapons and robbery.

On November 3, 1983, the Anchorage jury indicted Hansen for illegal possession of weapons, second-degree robbery and kidnapping, keeping the charge of murder until ballistics evidence was received. Hansen has pleaded not guilty to all charges.

The judge set her bail at half a million dollars, so she had to await trial in jail.

The results of the ballistic tests came from the FBI laboratories in Washington on November 20, 1983 and showed that the casings found had been fired from the Mini-14 rifle seized from the Hansen home.

Cornered by the evidence, Hansen sought to reach an arrangement: he would confess his crimes in detail in exchange for being convicted only of the four homicides known to date.

In addition, he would serve his life sentence in a federal prison, instead of a maximum security prison.

In his confession, he recounted that his modus operandi was to hire the prostitutes and kidnap them. Then he would put them on the plane and take them to the forest, where he had a cabin.

“I liked to see how they froze in fear. In the cabin he would rape them and then release them into the woods and give them a chance to escape. He waited for them to walk away and then practiced target shooting with them. I never missed a shot.”

The interrogators showed him a map of the forest and he pointed out about thirty places where, he said, he had buried the bodies.

The next day an expedition was made in a military helicopter and Hansen led them to 12 different sites.

Only seven bodies were recovered.

By then, the media was already calling him “The butcher baker”, a nickname that combined his bloody hobby and his trade as a baker.

On February 18, 1984, Robert Hansen pleaded guilty to all four agreed-upon murders and was sentenced to 461 years in prison without parole.

He was initially sent to a penitentiary in Pennsylvania, but in 1988 he returned to Alaska to be one of the founding inmates of the Spring Creek Correctional Center.

He died at the age of 75, on August 21, 2014, at the Anchorage Correctional Complex, where he had been transferred a few months earlier for health reasons.